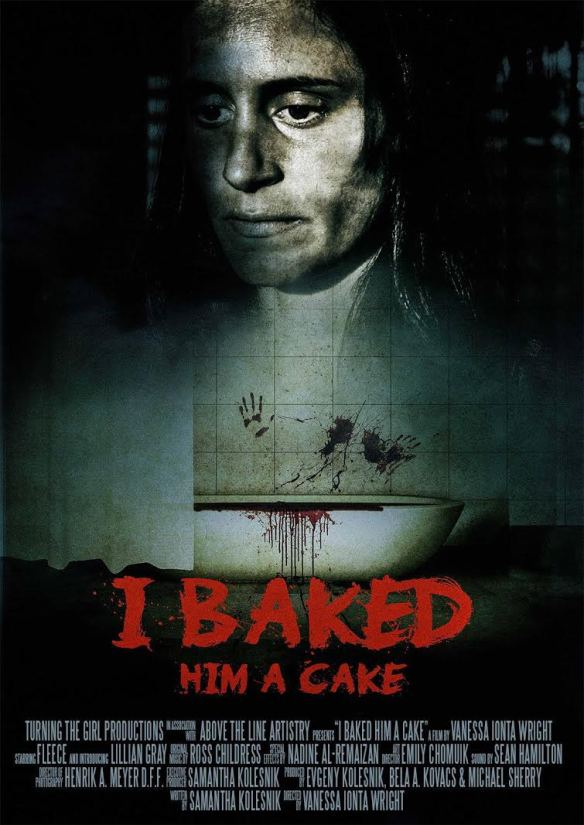 I BAKED HIM A CAKE

Firstly, I’d just like to say thank you to Turning The Girl Productions and Writer, Samantha Kolesnik for allowing me early access to an online screener of her 5 minute Horror short, “I Baked Him A Cake”, Directed by Vanessa Ionta Wright. I Baked Him A Cake sees young Lenora (played by Lillian Gray) wanting to help bake her father a cake for his birthday. Mom (going by the stage name, Fleece) appears a little high-strung, Lenora sensing her strange behavior as the day wears on and the man of the house is late. 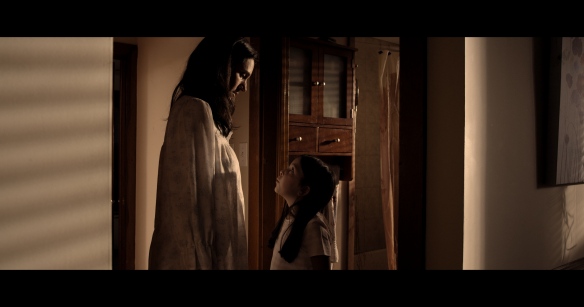 DP, Henrik Meyer has quickly started chalking up film credits since 2011, and he certainly seems to knows his way around the camera. Meyer is a big part of the reason this micro short comes off so well polished. Employing a lot of simple but effective shot choices and consistently good framing. My favourite shots come in the form of a montage depicting Lenora making her father the cake. The audio track is one of the best and clearest I’ve heard in an independent film this year (I know from my own short the struggles with audio). Ross Childress (ex lead guitarist of Alt Rock band, Collective Soul) scored I Baked Him A Cake (his first score in fact) and it sounded quite good. There’s an unnerving sense to the bass and static sounds in the film’s opening and some unusual keyboard toward the finish. Kolesnik’s basic premise is rather subtle and I think that’s what makes it work. The bathroom set design looks fantastic and it’s one of those shorts where less is certainly more. There’s something completely unsettling about the fact that you don’t see anything in terms of physical action, just an indication of something gone awry. 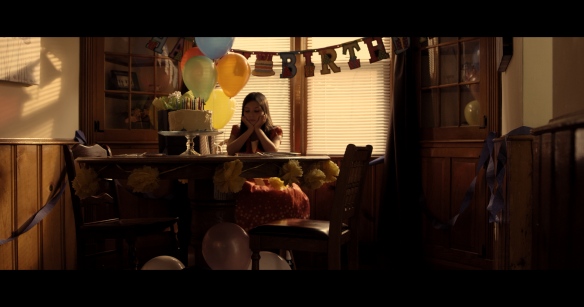 Talented child actors are somewhat of an anomaly, and let’s be honest, you can’t expect too much from them when they’re new to the industry. Gray is mostly natural as Lenora, but with only a couple of film credits, she’s green and exudes some of that rawness that comes with inexperience. I think Samantha could’ve incorporated a correlative reaction to Lenora discovering the state of that bathroom, and what one might surmise from witnessing that. I understand that we don’t see anything per say, and who knows what she’s witnessed in that house prior, but children often react in the purest of fashions and Gray never got to illustrate that fear or sense of uneasiness. While I enjoyed the score, I do think the edit of said score, left a lot to be desired. Themes cut off suddenly and sporadically begin on a couple of occasions throughout the five minutes, almost as if they tried to cram a few too many pieces into the short run time.

I Baked Him A Cake is an interesting title for what is a unique Horror micro short. This is just Kolesnik’s second short film and she’s already showing plenty of potential with her writing. The camera work is great, the audio crystal clear and the score made up of a series of different tones. I thought the premise and its execution were well conceived and Fleece’s performance was great, Gray serviceable as well. My only minor criticisms were that I couldn’t help but feel young Lillian’s rawness in her screen presence and a few of her lines of dialogue. I think the film would’ve benefited from a more appropriate reaction from Lenora regarding the situation, and the music edit needed some work too. I Baked Him A Cake is wonderfully made and a great addition to the world of micro shorts, I suggest everyone give it a go when it becomes available. For now, you can check out the trailer below, Enjoy!