“Film-noir” was a term initially coined by French critics, and was often used to describe American Crime films of the ’40s and ’50s, in particular, the works of prolific filmmakers such as Orson Welles (Citizen Kane), Fritz Lang (The Big Heat) and Billy Wilder (Sunset Boulevard). One of the earliest ventures was Roy Del Ruth’s original 1931 “The Maltese Falcon”, but the first display may have actually been “Underworld” in 1927. Anywho, it’s since become known for being one of the most stylish genres of filmmaking. At one stage it was the most popular type of film being made in Hollywood and you can see the influence firmly established in many modern-day filmmaker’s works. Think Paul Verhoeven and “Basic Instinct”, Curtis Hanson and “LA Confidential”, or more recently Robert Rodriguez and his visual approach to “Sin City”. I’ll jump at any chance I get to talk about some of the lesser knowns that are deserved of more attention. One such film is Gilles Grangier’s 1957 French Crime/Drama “Le Rouge Est Mis”. Le Rouge Est Mis opens with a daring daylight heist – the men responsible, a ragtag gang led by Paris garage owner, Louis Bertain (played by Jean Gabin). The three of his accomplices, Fredo (Paul Frankeur) the one who got the tip, Pepito (played by Lino Ventura), and The Sailor (not sure who to credit) begin to suspect that Louis’s younger brother Pierre (Marcel Bozzuffi), an ex-convict, may have given the men up in order for a leash with a little more slack. The film also stars Albert Dinan, Antonin Berval, Annie Girardot, and Gina Nicloz. 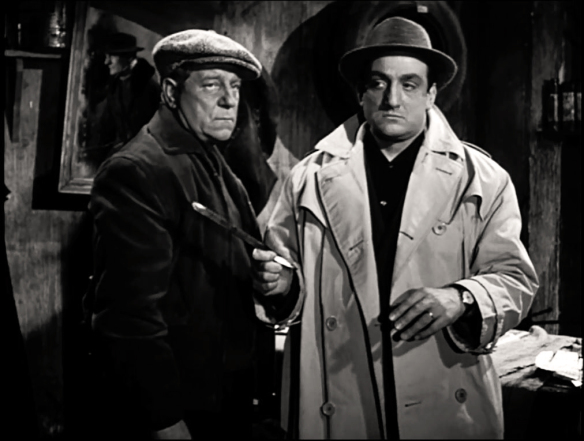 Le Rouge doesn’t waste any time setting the scene, and that’s a nice change of pace in comparison to the similarly themed French poliziotteschi genre that ultimately put actors like Lino Ventura on the map. The pacing is good and the run time is a brisk 80 minutes. Accomplished cinematographer, Louis Page presents us with nice framing and simple shot choices that suit the narrative, and the audio track/subtitles are neat too. Composer, Denis Kieffer’s film career was short-lived, but he’ll be remembered for this classic score that utilizes a smooth mix of violin, french horn, and saxophone. The performances are solid right across the board, with a stalwart Gabin driving it home. Ventura provides the appropriate amount of menace, Bozzuffi brings a certain innocence to Pierre (but probably only because we aren’t privy to the details of his previous crime), and Girardot’s, Helene is somewhat of an enigma until Grangier deems it necessary to upheave the applecart.

One of the most interesting plot points in Le Rouge Est Mis is the crafty way in which Louis approaches his interactions with Helene, leaving the viewer to ponder over intent. Part of me thought their dynamic was building to a certain revelation, but nothing came of it and I liked that element. It’s nice to see an active opening that cut straight to the heist, as well as later showcasing the means with which the gang dealt with covering their tracks, both on the vehicle and weaponry front. In the middle act, there’s a well-conceived and brazen drive-by sequence that sees Pepito’s submachine gun put to good use (years ahead of The Godfather scene). In addition, the chase scene following the aftermath of the said gun down is quite a fun ride. Notwithstanding the somewhat of a predictable finish, Le Rouge comes to a highly entertaining close when Louis is forced to make a life or death decision.

Grangier’s film isn’t without noticeable hiccups regarding continuity and stretches in credibility though. There are a couple of scenes that could’ve been cut, if for no other reason than they don’t appear to have any relevance to proceedings. The first appears to take place at the property of a horticulturist, who from what I could tell, was supplying Fredo with useful garden tips and nothing more. A subsequent scene shows a group of bike riders stopping to help a straggler with a puncture (extremely random to say the least). Perhaps more of a glimpse into the personal lives of the other members of the gang, in Pepito and The Sailor, may have been a better way to spend that time. Something I noticed right off that bat was the seemingly narrow age gap between Gabin and Nicloz (playing Mother Bertain) who look better suited to play husband and wife. I can’t lock down her age but I know he was 54 years old at the time of filming and looks far too old to be her son (at a guess I’d say she looks in between 65-70). 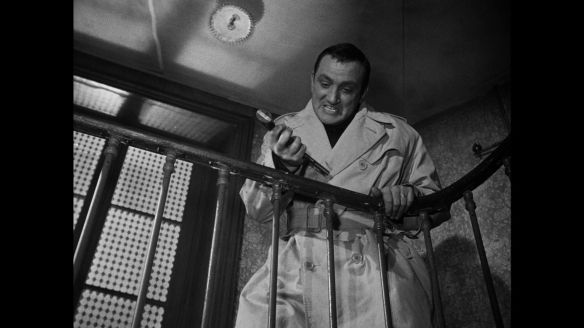 As for continuity, the biggest stumble is certainly in the lack of clarity surrounding details of the fate of one of the gang members. It comes across as really clunky just due to inferior editing. Helene also tells Pierre to wash up before laying down with her but he never actually does it. He walks into the bathroom, loosens his shirt, and walks back out, slowly sinking onto the sheets of her bed. Why include the line of dialogue if you’re not going to carry out the action? Both the opening heist and eventual arrest are rather poorly staged and therefore equally as weakly edited. There are some stock foley sounds followed by cutaways and that’s about all we get. Even keeping in mind that this was 1957 and things were done a lot different back then, the fact that such a huge amount of unsecured money was being transferred is beyond incomprehensible. No locked briefcases, no armed security, no nothing. Had the figure been hundreds of thousands of dollars instead of multimillion’s, one may have been able to overlook that not so minor detail, but alas. Only further hammering the point home is the ineptitude of the uniformed police officer responsible for holding Louis. The way in which he escapes just screams of lazy writing and it really hurts that third act.

Le Rouge Est Mis was a very difficult film to track down (or at least a version with English subtitles) but I was pleasantly surprised with Grangier’s stylish Crime/Drama which is ahead of its time. The pacing is consistent, the cinematography quite sharp, and the blues and jazz score one of the more memorable aspects. Whilst the narrative isn’t anything new, the characters are developed enough to be engaging and the dealings between the trio of Helene and brothers Louis and Pierre add another layer. The moments of action are copacetic and the climax brings things to a relatively satisfying conclusion. There’s a couple of disconnected scenes in the middle and Gabin and Nicloz can’t really pass for mother and son and so I’m pleased they didn’t fall back on that too hard. One particular action set piece with the gang in the car was in need of a re-cut to better display what went down so as to avoid debate over what was the eventual cause. A few too many convenient plot specifics involving the money, the arrest, and the police all hamper the foundation of the whole thing. I understand that the film is over 60 years old so these issues are bound to come up more than once. All that said, Le Rouge Est Mis was damn entertaining and I can definitely recommend it to fans of ’40s and 50s’ film-noir, just check your thinking man’s (or women’s) hat at the door first. This is quite a rare print but you can check out the intro clip below and purchase a clear label DVD from “MovieDetective” for around $20 at the following link – https://www.moviedetective.net/.