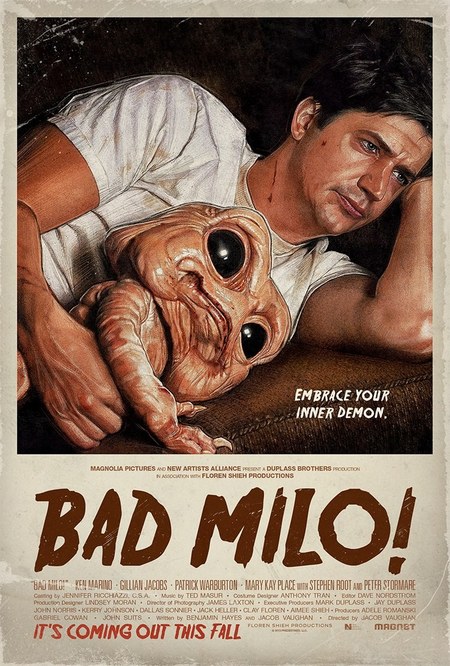 “Bad Milo” is a new independent horror/comedy directed by Jacob Vaughan. It’s just finished on the film festival circuit and has received a lot of praise for its originality and entertaining concept. It stars Ken Marino (Role Models), Peter Stormare (Fargo and The Big Lebowski), Patrick Warburton and Gillian Jacobs. The story is centered on Ken (Marino), a businessman who is happily married to Sarah (Jacobs). Even with Ken’s happy lifestyle he is suffering from stress. This stress is manifesting itself in the form of an irregular bowel problem. Ken’s problems at work and home are causing a demon who is living in Ken’s intestines to come out and kill the cause of the stress. 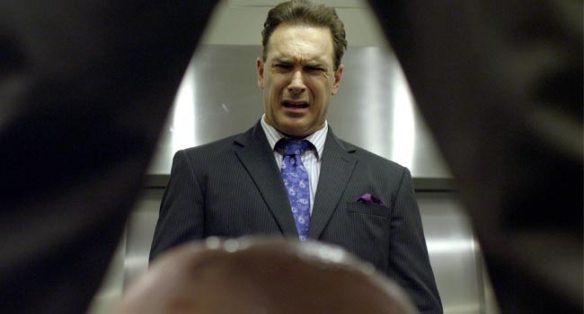 Now even if this sounds as ridiculous to you as it did to me typing it (haha), please read my entire review because there is something to be said about Bad Milo. First of all, Ken Marino was a really solid choice to play the lead, he has good comedic timing and a certain charisma about him that you can relate too. The supporting cast does a great job as well, Peter Stormare plays Highsmith, a crazy alternative hypnotist/therapist trying to help Ken with his issues. Peter delivers that quirky humour that he shows in “Fargo” ( a favourite film of mine). Patrick Warburton as Phil Ken’s boss, played his exact same character of Jeff in the comedy tv show “Rules Of Engagement”, It complimented the film. The score reminded me a lot of Tim Burton’s work. Early on it stood out as one of the film’s best qualities. It’s also a well shot film with some great “gross out” humour to accompany the serious side. 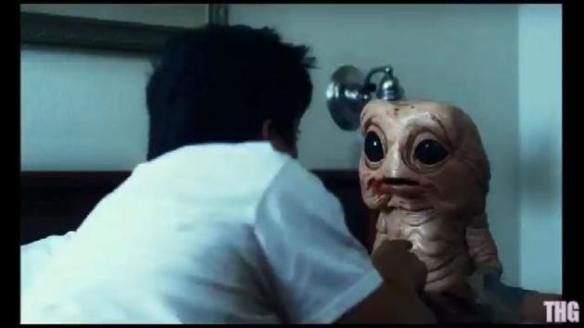 Moreover, It’s such an original and unique idea. In the wake of new age horror/comedies that are being made, this manages to rise above the bulk of them. Who would have thought you could mix two polar opposite genres together and make something substantial. This had a “Gremlins” feel about it, but at the same time it ground’s itself in reality with a absurd metaphor for our fears. I can safely say I have never seen something so obscure before. saying that it’s fun and entertaining too. There is a little bit of gore during some of the action sequences (the horror aspect), I thought it was done quite well. It was depicted in a light-hearted and comedic way.

Look, for those people who can’t handle gross out comedies might want to give this one a miss. It pushes the boundaries with a few scenes but remember it’s not to be taken too seriously. I thought the creature living in Ken’s intestines was actually pretty cute (haha). That probably wasn’t the desired effect but I didn’t find it menacing at all. It was clearly made to look very rubbery and fake, it could have been done a lot better but hey it’s not really a crucial point. There are a bunch of scenes where characters react in a very unrealistic fashion (the final scene comes to mind) and some of the dialogue is a bit hard to believe as well. But in the context of the story I think it’s all very well done.

Bad Milo is most definitely illogical, over the top and just outright silly, but it’s an absolute blast and high in entertainment value. We can all relate to fearing something, whether it be a new job, a new partner, becoming a parent or even our own mortality. Bad Milo flourishes in the depiction of this metaphor for our fears and our shortcomings. I hope this film continues to receive praise for having the “guts” (pardon the pun), to do something a little bit different. I mean seriously, it’s a story about a guy with a little alien in his anus (haha) if that doesn’t get your attention nothing will!

Next time you are having stomach pain’s please check for an alien up the rectum before seeking medical advice haha!