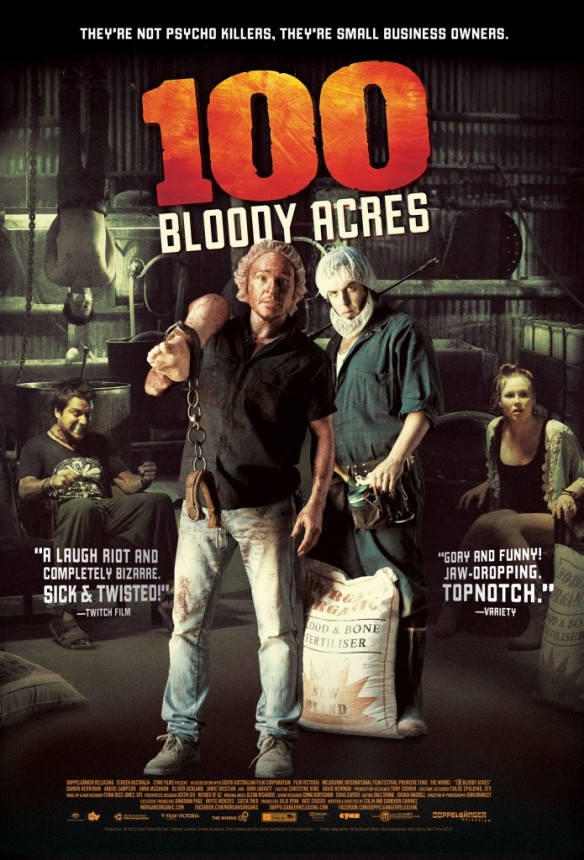 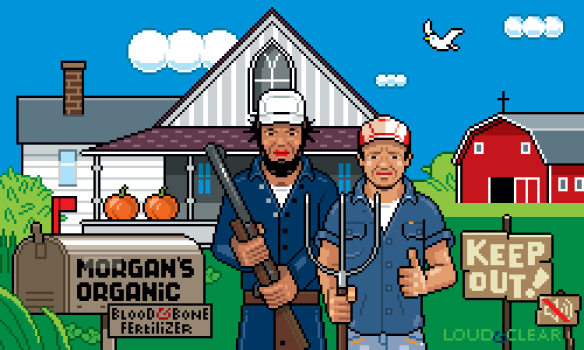 Reg and Lindsay Morgan (Herriman and Sampson) are brothers living on a country property in South Australia. They run an organic fertiliser business (mentioned in a catchy little jingle on the radio haha). The brothers are In need of a fresh supply of the secret ingredient that makes their product the best. Reg is a bit of a half-wit, so in an attempt to impress his brother he ends up kidnapping a trio who are on their way to a music festival. Lindsay realises the secret ingredient is from the human body. What ensues is frantic carnage with comedic results.

Damon Herriman as Reg absolutely steals the show. It’s fantastic that the film is shot in the state that I live in and that Damon is also from Adelaide. He has done some huge Hollywood films so it’s great to see him return to do an Aussie film. The writing for his character is brilliant, plenty of slang Aussie words and a real down to earth quality about him. Because Reg isn’t the smartest bloke, we get great lines like “If the stars are maligned” haha. His brother Lindsay is equally as funny as the bossy big brother. He has a colorful vocabulary throughout the film and at times it seems a little forced. Although most of the insults are directed at poor Reg and are very funny. I think Angus and Damon would have had a blast making this together, the banter is really genuine. I will make mention of the next generation of young actors in this. Oliver, Jamie and Anna are all great as well, very smart casting choices. The chemistry of the three were really good. Some great humour and some serious moments as well.

Jamie played “Wesley” the typical asshole best friend mixed up with James (Ackland) girlfriend and caused a lot of problems throughout the film. Even though you know this guy is a real twit, he is still somewhat likeable. The only scene that I felt was wasted was the “acid trip” scene, it didn’t really accomplish anything, other than just being a stupid scene. The look of the film is great. You get a real feel for rural South Australia, the dry and desert landscape we have here (haha). The music is truly horrible in the best way. “Classics” from artists like “Slim Dusty” and basically anything you would hear on Cruise FM. It bought back some memories from my teenage years, it was dreadful but in a good way (haha).

There is absolutely fantastic dark humour throughout the film. It takes itself serious enough to command attention but anytime it looks like it might toe the line between fun or macabre, we get some comedy. Lindsay trying to wind the roller door up manually while Wes is getting away in the car was hilarious. I’ve had to wind one before so I know what it can be like. The Rebecca Gibney gag was pushing the limit just enough to be funny. I thought it was really humourous especially because you get a little reference early in the film, but you don’t put two and two together. The sex scene was very funny as well, vomit worthy gross, but still funny. 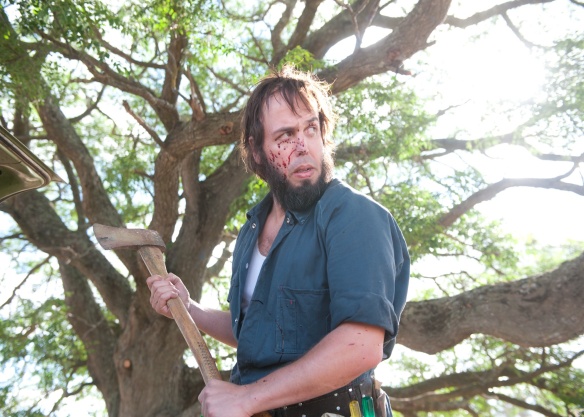 To my surprise there was some good natured gore in several scenes, they looked great. Prosthetics were also commendable. The more violent scenes are always light and fun, I never felt the film was trying to do anything for shock value, only for comedic purpose. That’s a hard thing for a director to gauge when writing a script like this one. The only scene I could pick a bit of an issue with was when Wes was getting away to try to find help. He pulls up and doesn’t take the keys out of the van, rookie mistake. Although he has been doing drugs, so maybe that’s why. It also lags a bit in the middle of the film, for the most part though the pacing is good. It’s such a fun film.

What we have here is Australia’s answer to “Tucker And Dale vs Evil” which is one of the best horror/comedy’s of recent time. This also had a little bit of “Blood Car” (a small indie flick) about it. The fact that this is filmed so close to home and the performances are hilarious just adds to the experience. The actors have fun with the script but are professional about it, it never loses grip on what Its supposed to be. I would go as far as to say this is the best Aussie film I have seen in a long time. Definitely one of the best South Australian films, it’s a real gem. It’s currently showing in cinemas around Australia, so do yourself a favor and check it out!