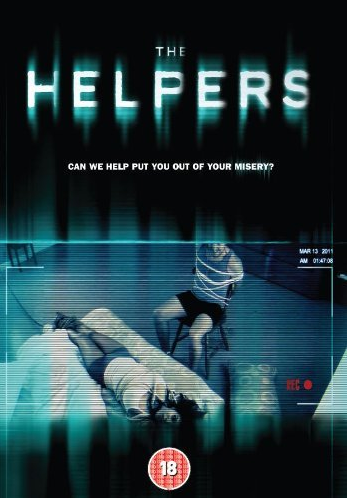 “The Helpers” or “No Vacancy” as it was also released under, is a horror film from 2012 directed by Christopher Stokes (“You Got Served” and “Somebody Help Me”). It’s a film about Seven friends that are going on a road trip to Vegas for the weekend. Phil (played by JoJo Wright) is documenting the trip on video for his girlfriend Julie. The other 6 are made up of couples Todd and Claire (Dustin Harnish and Kristen Quintrall), Jordan and Brandy (Black Thomas and Denyce Lawton) and Ryan and Anna (Christopher Jones and Rachel Sterling). Shortly into the car ride they have to make a detour which results in them blowing out a set of tires. The boys decide to head off on foot and try to find a gas station/motel and get the car fixed (not sure why you wouldn’t have a spare??), little do they know there are a group of people running the Motel known as “The Helpers” and they are bound to get more than they bargain for when they cross this twisted family. The film also stars Braxton Davis, Cameron Diskin, Dallas Lovato and Rebecca Burchett. 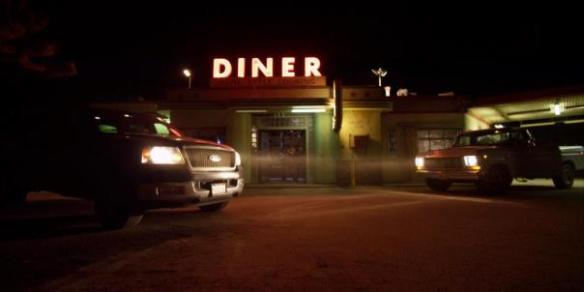 I had read a few reviews online (which I don’t normally do) that basically labelled this film an unoriginal and by the books, farfetched film that has nothing new to say. That may be the case in some people’s minds but that doesn’t mean their isn’t fun to be had here and I did.

The camera work and some of the angles that were used in the “found footage” parts of the film, along with the audio were really professionally done. A lot of really cool, bass orientated sound effects were used during some of the more suspenseful scenes and they worked well. The score was only average but I liked a lot of the music choices. A musician named Tracy Irve performed most of the songs you hear throughout the film. She has a real mellow easy listening kind of style but im not sure that really works for the genre of film here, but I still enjoyed it regardless. I think the majority of the acting is on point and the cast all have pretty good chemistry. For the male audience there are a bunch of knockout girls including Dallas Lovato and Rebecca Burchett who play the villains. Rachel Sterling is absolutely gorgeous along with our “final girl” Kristen Quintrall who is lovely as well. I enjoyed some of the action sequences even though they took a while to get the ball rolling. They weren’t the most original ideas but they were executed pretty well. A couple of cool torture scenes and a beheading were the standout kills. Obviously a few digital effects were used that were noticeable but didn’t take anything away from the end result. 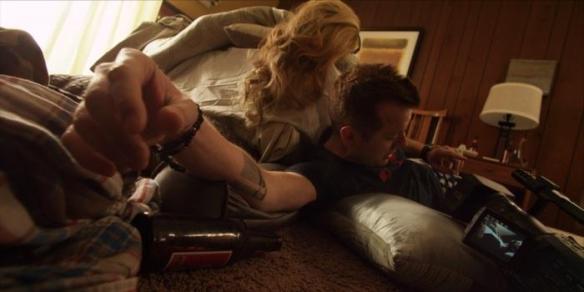 Obviously no one can ignore the blatant lack of originality and the comparisons to films like “Vacancy” and “Terror Trap”, along with some definite nods to “The Hitcher” as well. I’m one of those people who doesn’t really have a problem with capitalizing on a successful idea that has already been done before. As long as you aren’t attempting to pass it off as your own or label it original when it’s not that’s fine, and I don’t think Chris Stokes was. There are a few scenes that are cut and edited a little too quickly and some of the lighting in the opening act was a little bright. I’d image It’s hard when you’re shooting scenes in a desolate landscape with the sun beaming down on you and no shade, so I can forgive that. 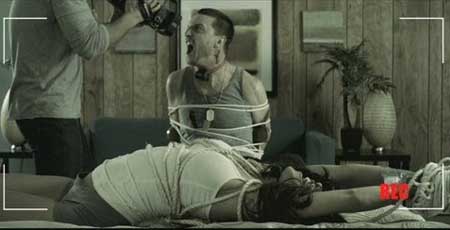 I think the entire film lacks the suspense and eerieness that something like Vacancy manages to obtain. It’s a combination of the chase before the kill and the acting that is slightly forced when it comes to those emotionally driven scenes when the couples are being “played with” that ends up being the difference. The end of the film was actually the weakest part. I didn’t mind the connection that was made between The Helpers and Claire but the setup for how they ended up at the motel and the way in which the rest of the film unfolds is stretching the plausibility too far. People have been slamming the decisions some of the characters make but guys c’mon?? It’s a horror film, that’s what we watch these things for! or at least I do. It’s not realistic and they don’t always make the right decision because it’s a movie and they can write it anyway they want because it’s not real life (haha). 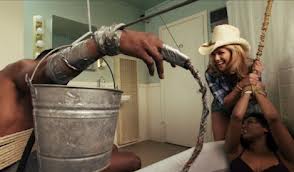 Honestly guys, The Helpers is just a fun horror film that doesn’t take itself to seriously. It’s a very quick pace, running just 77 minutes and never wears out its welcome. The ending is a little rushed and it’s a far cry from original but if you like Twisted motel flicks like the aforementioned then this is worth your time. A good young cast, great eye candy and some very cool kills. This isn’t the Oscars guys so lower the bar a little and enjoy the ride!