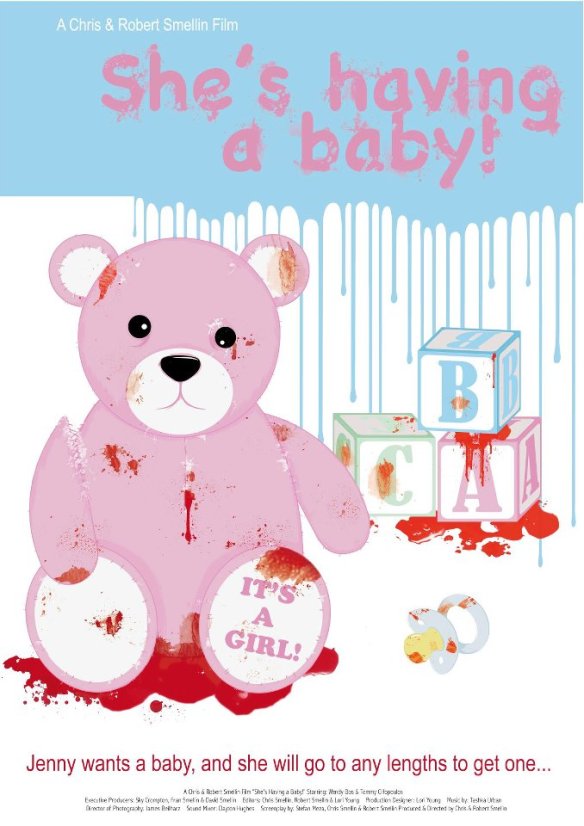 SHE’S HAVING A BABY

“Wakey Wakey I’m Ovulating”….Firstly this is not the film of the same name starring Kevin Bacon (haha). She’s Having A Baby is a short film written and directed by Australian brothers Chris and Robert Smellin. It’s a hidden gem that is only 15 minutes long but manages to accomplish a lot in its short running time. Jenny (played by Wendy Bos) wants a baby. She wants the baby to be perfect therefore the characteristics of the father need to be to her liking. Simon (Tommy Clifopoulos) is being held against his will by Jenny at a seemingly normal suburban house and she will stop at nothing to make sure she gets what she wants.

This little short opens with an amazing score that sounds like a cross between Kubrick’s work on “The Shining” and John Hughes classic “Home Alone” films. It’s a very eerie and disturbing way to start the film. It’s amazingly well shot, using just one location and some really snappy and clever sound effects in the editing process to heighten the suspense. The audio levels are pretty good and the dialogue flows really well, especially from Jenny who manages to convey the desperation and loneliness that encompasses her life. To top it all off Wendy’s performance is very good, delivering her lines in such a monotone and creepy manner. Tommy was a bit slow to get going and I felt it was a little underplayed in the initial opening scenes but he comes alive in the second half. 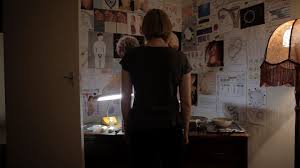 I believe this was shot for just $4,000, so given the amount of experience and money involved this is some of the best short work going around. The only thing that I felt was missing was a little more research out and about on the streets from Jenny maybe looking for the “ideal” man which could have been the Segway into the capture of Simon. That would have been cool but hey it’s a short and they could only do so much. Other than elaborating on a few details and ignoring the fairly predictable climax (pardon the pun haha) in the final act, the film is genius. 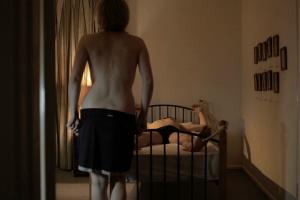 I enjoyed every second of She’s Having A Baby (once again not the one with Mr Bacon haha), and I highly recommend it to anyone that enjoys a good short film. This one can be watched and enjoyed over and over again. Great work Chris and Robert and I hope to catch some of your other work asap!