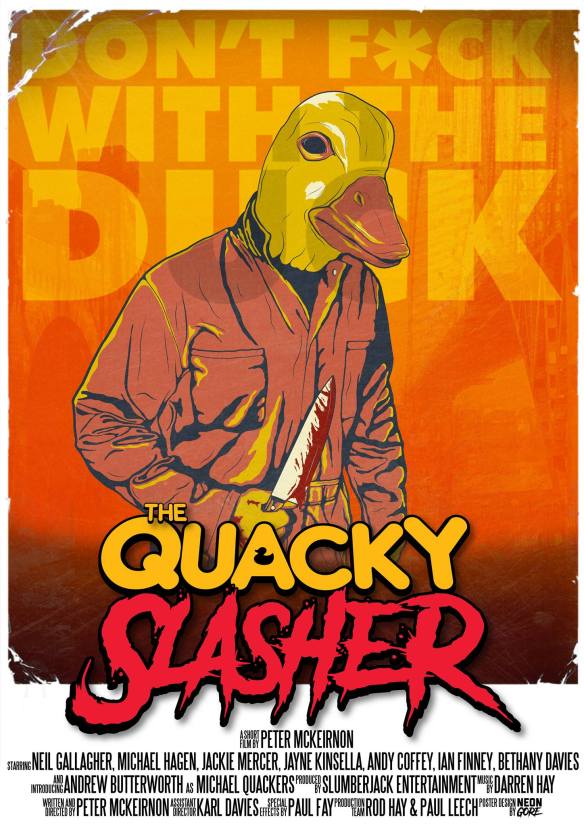 Firstly, I’d just like to say thank you to Writer/Director, Peter McKeirnon for allowing me access to an online screener of his 35 minute Horror/Comedy short, “The Quacky Slasher”. The Quacky Slasher tells the story of Michael Quackers (played by Andrew Butterworth), a patient whose spent the last 20 years in a psychiatric facility after having been traumatized as a child. He breaks out of the facility and decides that it’s time to rid the local town of its criminal underbelly, led by Mr Mozzarella (Neil Gallagher). Michael will have to deal with seedy store owners, a peculiar hitman and a pair of overly jovial detectives. The film also stars Michael Hagen, Jayne Kinsella, Jacqueline Mercer, Andy Coffey and Ian Finney. 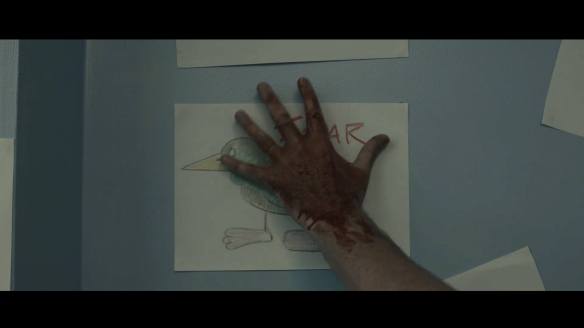 I only recently saw an article and trailer pop up on DreadCentral.com (my go to for most things horror related) for this zany Horror/Comedy coming to us from the UK. With its extremely eye-catching and colorful poster art, and the fun (albeit cliché) tagline, how could you not want to venture into this bizarre world of McKeirnon’s. The horror portion of the synopsis probably sounds familiar, and so it should. Everything from the name Michael, and the facility he inhabits, through to the jumpsuit and kitchen knife he wields, it’s all Carpenter’s iconic killer Michael Myers, only sporting a duck mask instead. Peter makes no apologies for paying homage to 1978’s “Halloween”, and he does so in such an obvious way (those details mentioned aside), e.g, the Myers mask on the shelf in the store. On a separate note, the comedic writing here relays a love of quintessential British comedy of years gone by. McKiernon’s cinematography is really clean and superbly framed, raising the production value of Quacky Slasher immensely. The film opens with a series of grand aerial shots, something unheard of in a film with a budget of under $1,500. Following those, there’s a nice tracking sequence as we see bodies strewn across the floors of a housing facility. The audio track is smooth and the 80’s inspired, synth and bass pumping score really gives the film extra life. 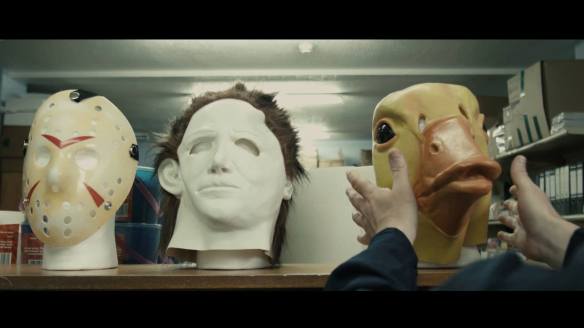 The Quacky Slasher presents with several different chapters, each introduced with a clever and entertaining anecdote in writing. My favourite is “Some time between 3:00 and 3:01” (haha) but the others are amusing too. Peter’s script plays far more as a comedy than a horror, and although I’d have preferred the latter, most of the humor does work. Think Edgar Wright’s, “Hot Fuzz” when it comes to our dogged detective pairing and then 90’s TV comedy, “Keeping Up Appearances” during the scenes where Michael’s mother (also played by Gallagher) answers questions from police. The delivery is contrasting, because while it’s quite over the top, the material is actually rather dry. Mrs Quackers (who can be seen in the image below), along with the two detectives, are definitely the funniest parts about The Quacky Slasher. Gallagher actually plays three roles in the film, the concerned “cockney” mother being the best of the bunch. He dons a long wig, a pipe and some extremely crooked teeth that see him talking like he’s got gigantic dentures in, it’s hilarious. There’s a straight forward but priceless line said to her son that goes something like “You’re just a mental in a duck mask”. The opening sequence with creepy store owner, Farraday (Finney) is good for a laugh and once the banter between Detectives, Dampsy and Mantelpiece (Kinsella and Mercer) begins, it gets even better. McKiernon utilizes some practical blood spray amidst a couple of the kills and even generates a decapitation, notwithstanding the lack of punch. 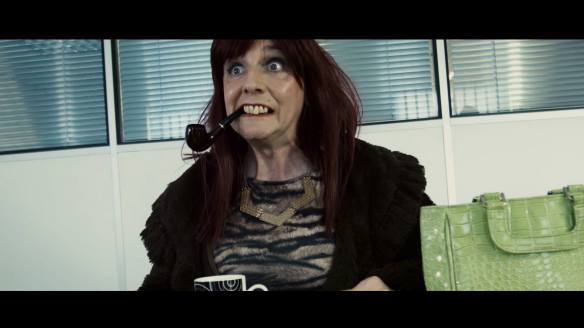 On the technical front there was really just the one inconsistency that I noticed. It’s evident in the first frame of the bar scene that when Johannson (played by Michael Hagen) is seated, there’s a really odd split screen type of shadow across part of his face (though it might have just been a glitch in the screener though). There’s a couple of sections of feeble and unnecessarily crass dialogue between Mr Mozzarella, Johansson and the somewhat simple man with Tourette’s Syndrome (again, played by Gallagher). If I’m honest, the trio of Johansson, The Wet Dream and the simple man, were characters that all partially spoilt this living up to its maximum potential. Peter wrote these three off-beat characters, none of which were really essential to the narrative and wore thin rather quickly. First you’ve got, Johansson, Mozzarella’s right hand man. Unfortunately Hagen delivers his lines like he’s doing a Russian impersonation of Sean Connery, and frankly it gets annoying. There’s a scene with him and Mozzarella standing by a river talking about the hatred/fear of ducks for about five minutes (at least that’s what I think it was I sort of tuned out). Then Andy Coffey plays The Wet Dream, who is a hitman of sorts sent to kill Michael Quackers. No doubt Coffey is just playing it as it’s written but as the character experiences what can only be described as spikes of internal dialogue/noise, he proceeds to convey that by making orgasm sounds and it’s extremely cringe worthy and awkward. Gallagher’s small part as an inflicted simple man felt a little redundant as well. As I stated earlier, I was hoping to see more impactful kills and further practical blood and gore effects, but I can acknowledge Peter’s budget limitations here. 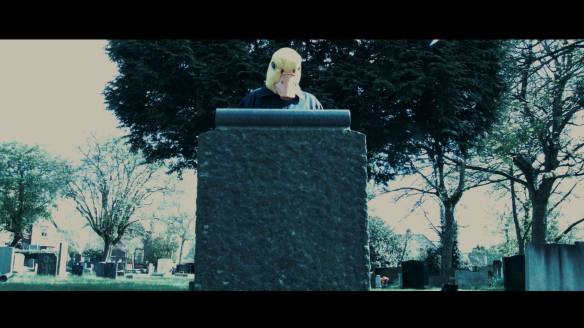 Those of you who’ve been following Adamthemoviegod.com for a while would know by now that The Quacky Slasher is just the type of craziness I usually go in for. I’m glad I stumbled across this quirky Horror/Comedy from UK film maker, Peter McKiernon. The artwork and tagline are great and I love the intent behind the film’s horror element. If you’re a fan of John Carpenter’s iconic film you’ll find plenty of nods to indulge in, and if you like your dry comedy I can guarantee plenty of laughs. The camera work, audio levels and score are all really well-conceived given the budget limitations. A majority of the performances are solid and the film is at its most entertaining when Kinsella and Mercer are riffing off of each other and Gallagher is putting on a show as Mrs Quackers. There’s some blood spray and a decent body count but the film exhibits far more comedy than horror. Not all the dialogue works though, and I personally didn’t enjoy those three characters I mentioned earlier or the respective performances. Despite a couple of inconsistencies and those inferior characters occupying more screen time than warranted, The Quacky Slasher comes from the right place and remains a really fun short film that definitely calls for a bloodier sequel. Keep an eye out for this soon and check out the trailer below!