I would like to say thanks again to Jennifer Valdes, the director of low budget horror film, “Jack ‘O’ Slasher” for sending me an online screener of the film before its official release date. Jack O Slasher is a demon from hell, who is summoned by a group of devil worshippers. These Satanists are hoping Jack will help them resurrect the devil by bringing them bodies for a satanic ritual. The film stars Omar J. Cordy, Fallen Fayth, Charlie Corpse, Jennifer Valdes, James Balsamo, Mike De and Diane De Leon. The budget for the film is around $5,000 and this is Jennifer’s first feature film. I have seen some well made movies on a similar budget so I was pretty keen to see this one! 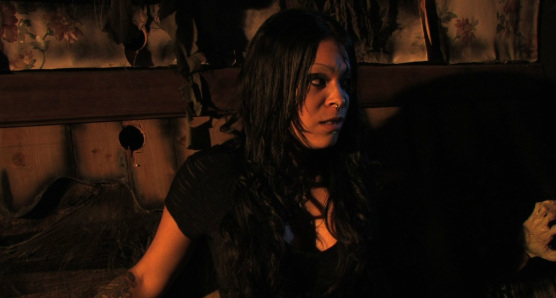 I spoke briefly about the plot but there is also a sub-plot within the story as well. It follows a group of teens, young adults (I’m not actually sure how old they were supposed to be) anyway, they are looking for a fun night so they go to a haunted house/carnival type of place, of course this is where Jack O Lantern is. During the opening scene there was some Halloween themed poetry that was something unique and cool, I haven’t seen that style of an introduction before. I also really enjoyed the 80’s style synth and electro music that was used. It reminded me a lot of classic B movies like “Chopping Mall” and “Killer Klowns From Outer Space”. They combine that with a bunch of indie songs from metal bands, I’m a metal fan but most of the songs were very average. I thought the audio was nice and clear and the makeup on some of the corpses in the haunted house was commendable too. I thought the pumpkin head for Jack looked creepy as well, it’s a shame the back story surrounding his character was never covered. 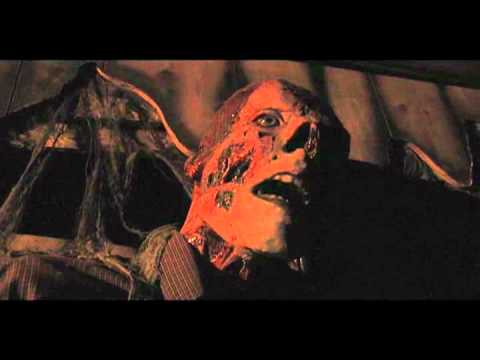 After watching most of its short 65 minute running time, I realised that the bad far out weighs the good in this film. The slow motion and static style camera work is just a mess. It puts the viewer in a real haze, I’m not sure if there was a purpose behind that but it was difficult to watch. The introduction contains a lot of strange imagery and a use of distorted colours. It looked like something out of Oliver Stone’s “Fear and Loathing In Las Vegas” but no one in this was doing drugs, so I have no idea what Jennifer’s intentions were with that style. I was hoping the camera work would get better as the film progressed but sadly it didn’t.

Moreover, the editing from scene to scene was very sloppy as well. The majority of the acting was well below average and felt really put on. It may have been written that way on purpose but it wasn’t the cool kind of cheesy vibe I was expecting, it was just bad. The one person I will mention is Diane De Leon, her character had a bit of personality and she is gorgeous to look at as well. The laughing of all the freaks in the haunted house got on my nerves pretty quickly, plus it’s difficult to a do a fake laugh successfully. This is a low-budget flick from a first time director so some of these mistakes should be expected. There is a lot of room for improvement with Jennifer’s next film though. 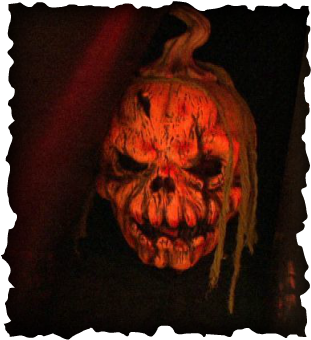 Sadly the movies uninteresting story and plot is the weakest thing about it. I was hoping for a fun kind of story with some great kills. This lacks realistic dialogue and the reactions to Jack’s attacks on the group was so unrealistic. The screaming and running was really over the top. I was hoping for some cool practical blood and gore effects from some of the action sequences but those also let me down. Once again, I know it’s a limited budget but I have seen films made for similar money that contain really good action sequences and effects. There was one stand out gag in the film where a character’s head get’s blown off, that was done really well. I’m not sure why there wasn’t more of that kind of stuff.

People who are fans of movies like Terror Train may have a bit of fun with this film. However, I found it to be very amateurish and 65 minutes of it was far too much for me. I thank Jennifer for allowing me to view the film, I know it’s being officially released soon and I’m sorry there aren’t more positive things to say about it. I hope Jennifer continues to improve and make better films, I’m still interested in seeing what she does next.