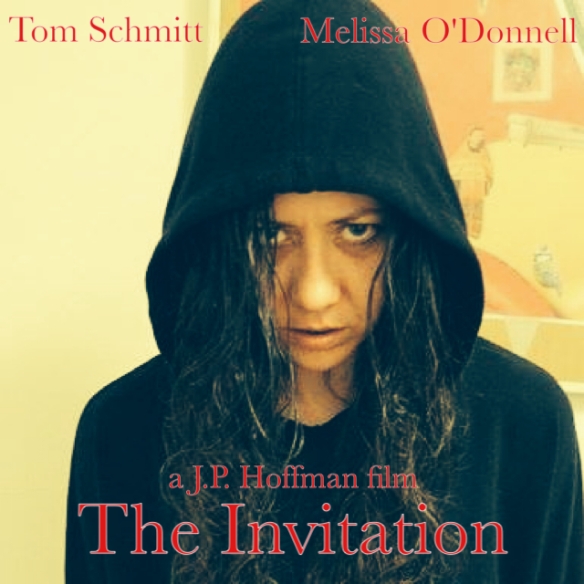 Firstly, I just want to say thanks to Writer, Michael Putz and Director J.P Hoffman, for sending me their link to the 12 minute short film “The Invitation”. The film has just two actors, Tom Schmitt and Melissa O’Donnell. This is just one of several directors, who have sent me some of their work over the last two weeks, it’s been some great watching and really humbling. The Invitation is a horror/mystery short, about a young man Max who has a girl Lizzy, (an old flame), come knocking on his door wanting to see him, and wanting refuge. The two enter into conversation, which leads to the Lizzy being inviting in, where things take a turn for the worse. 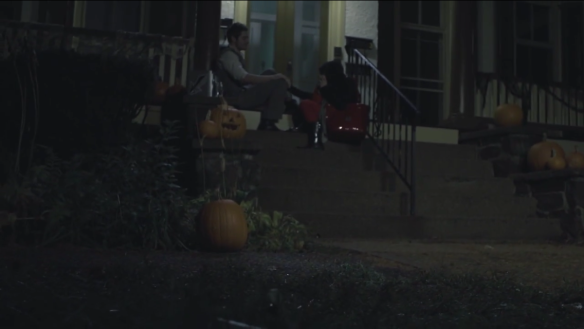 All the technical aspects in this one were just as good as the other Short’s I’ve been watching lately. The camera work and framing are exceptional, and the audio levels are loud and clear. The interest lies in pieces of the dialogue about what Lizzy’s agenda might be. I’m not sure how much experience Tom and Melissa have, but they did a solid job here. I can’t say much about the details without spoiling it for those who haven’t seen it yet. I wasn’t sure what was going to happen in this one, and that’s both a good thing and a bad thing (if you have seen it you know what I mean).

In all honesty, I thought this was going to be more psychological, and maybe Lizzy was recovering from a drug problem, and the guy just didn’t want to encourage her forward manner. I think it was intentional to keep you guessing, and instead this goes in a much different, all be it cool direction. The clues and the foreshadowing in what may have been happening, weren’t as obvious to me as they might be to some. It’s a little off-putting/frustrating, but rest assured crucial revelations surface by the end. I think a more mysterious and suspenseful score, could have helped set the mood a bit better. 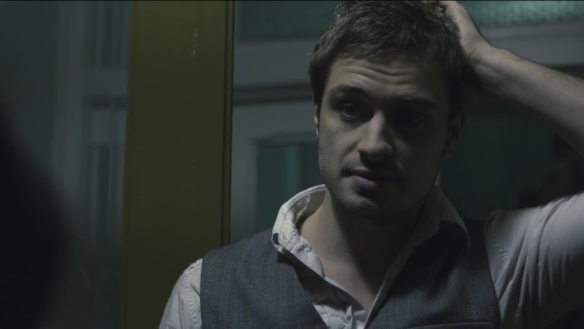 The Invitation was pretty damn good. I didn’t really know what to expect. I wasn’t even sure what genre this was going to be, because I couldn’t find the Imdb page. The actors do a nice job, it’s technically a really polished product and the end throws you for a loop. It’s a little slow in the beginning, but it picks up and overall it’s really nicely made.