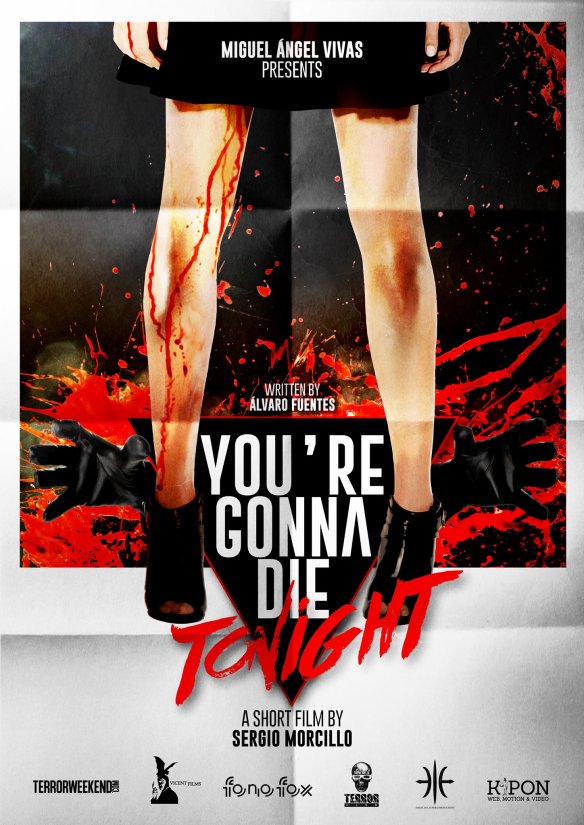 Firstly, I’d just like to say thank you to Director, Sergio Morcillo for allowing me early access to an online screener of his 13 minute Horror short, “You’re Gonna Die Tonight”. You’re Gonna Die Tonight is about a young woman named Victoria (played by Monica Aragon), who after an intense night out, decides to take a relaxing bath before bed. A phone call from a stranger sparks what will eventually become the worst night of her life. The film also stars Antonio Zancada, Francisco Reyes and Rafa Casette. Recently I reviewed another Spanish made short film, Pablo Pastor’s “Into The Mud” *see review* https://adamthemoviegod.com/into-the-mud-review/. Sergio (who knows Pablo) was kind enough to get in touch with me about reviewing the latest in his chain of short films. 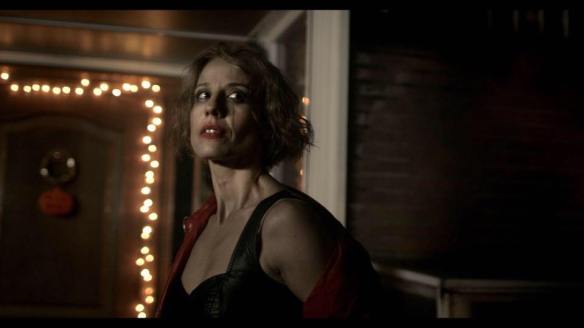 Early on in discussion, Sergio made his influences known. You’re Gonna Die Tonight, clearly inspired by films like Wes Craven’s genre reinventing, “Scream” as well as John Carpenter’s, “Halloween”. I love the Slasher genre and its formulaic approach that we’ve all come to know and love. Morcillo’s short picks up with a clearly disheveled Victoria, as she stumbles her way toward the front door of her house. It’s here where the audience are likely to have their suspicions about events that may have occurred during her wild night out on the town. Sergio promptly engages with his audience, showcasing loud audio levels and a great score that’s reminiscent of something from “Friday The 13th”. The cinematography is quite nice and all the framing length is consistent. The highlight for me was the gorgeous aerial shot that sees Victoria in the bath tub preparing for a bit of a release. If memory serves me correctly, the mood lighting during that scene was also particularly effective. The passage ways and different rooms are well-lit too, back-lit with red and yellow shades. 13 minutes doesn’t give you the opportunity to really hammer the action home but there’s still one or two sequences, both of which utilize some decent practical blood and gore effects. 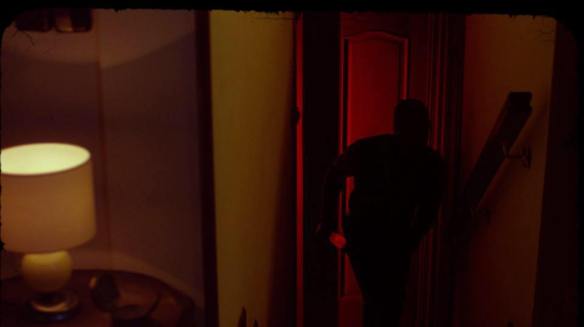 There’s a couple of minor technical issues with dialogue delivery. Although the film was shot in Spain, all the characters speak in English (albeit inconsistently conveyed). There are Spanish subtitles attached (obviously for the Spanish crowd) that become a little distracting to an English ear, especially when you’re trying hard to focus on what the characters are saying but find yourself reading the screen. I think most Horror fans would prefer to see this short presented in Spanish, although I understand the need to “Americanize” it for marketing purposes. There’s one scene in question for its rapid editing style and it highlights some specifics from Victoria’s night out. Given what we saw and her actions after the flashback, it didn’t seem like something that you’d call to mind for stimulation purposes (haha, each to his/her own I suppose). I would have liked that scene displayed in a different way. The mask that the mystery caller dons is definitely “bondage material” and creepy, unfortunately a black version of it was used previously in Marcus Dunstan’s underrated film “The Collector”, as well as the lesser known, “Cornered!”. Two scenes in Morcillo’s film were unclear to me (although that could be something he plans to address in a full length feature). Countless photos with people’s names and details on them can be seen in a dark room (for photography) in the house (or at least it seemed like a dark room). I don’t know what relevance that scene had, Were they potential victims or people who were already victims, or neither? I don’t really know. Secondly, the hazy details surrounding the ending, I think I deciphered the mystery behind a couple of those secondary characters but I’m not one hundred percent sure.

You’re Gonna Die Tonight is my first venture into Spanish film maker Sergio Morcillo’s work and it was a pretty decent one at that. I like the poster, the premise and the 80’s inspired “slasher” title. Most of the technical aspects are well conceived, from the loud volume and the unnerving score, through to the Giallo esq lighting and the sharp cinematography, it’s all of a really high standard. The couple of action sequences were enjoyable and I commend Sergio’s effort to clue the audience in on certain evidence early, even if it doesn’t necessarily translate by the end. I’d rather have seen the film presented entirely in Spanish and a couple of the scenes within it approached from a different angle. The mask works but it’s too much like The Collector’s mask (a favourite of mine) which took me out of the film a bit. Some of the details toward the end could have been clearer, however, I’ll assume those elements would be further explored in a full length feature (which I’m all for seeing). Congratulations to Sergio on his latest short and be sure to keep an eye out for the official release date soon!