Firstly, I’d just like to say thank you to Writer/Director, Roberto Piccolo and Co-Director, Maurizio Piccolo, for allowing me early access to their new Horror/Slasher film, “My Little Sister”. They are an Italian film-making pair, operating independently under Moviedel Productions. I saw their debut feature “The Hounds” back in 2011, I thought it was a solid film that just required some better execution. I recently watched their second feature “Evil Souls” and much like The Hounds, it needed re-editing and better structure. This brings me to My Little Sister, probably the most genre specific film they’ve done thus far. My Little Sister centers around Igor aka “Little Sister” (played by Saverio Percudani) who as a child, lost his father because of a cruel practical joke by his sister. All grown up now, Igor is desperately trying to find a way to give a new face to his past. Young couple Sheila and Tom (Holli Dillon and Mattia Rosellini) are meeting some friends for a weekend of camping, little do they know Igor longs for a new face and theirs might just be the one. The film also stars David White (Beautiful People *see review* https://adamthemoviegod.com/beautiful-people-review/) Antonio Pauletta, Astrid Di Bon, Sofia Pauly, Lucia Castellano and Alberto Corba. 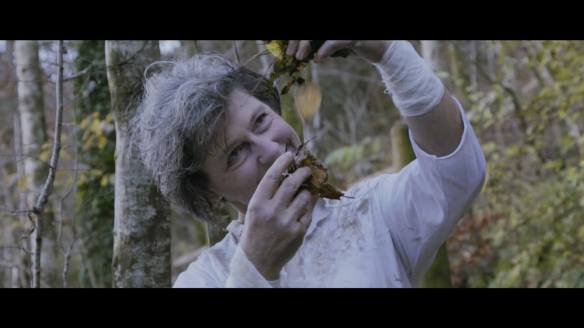 My Little Sister is an interesting, albeit familiar tale about the breakdown of a family when tragedy strikes and what happens to those responsible. Roberto’s setup is pretty standard fare, the tropes we all know and love included. Child who made a horrible mistake grows up to be a lunatic, lives in isolation, has his fantastical rituals etc. It’s all pretty generic but that’s what most of us know and expect from the slasher film. I like that Piccolo doesn’t waste time with unnecessary discourse, opting to tell us the foundation for his characters through a cleverly shot sequence that’s made to look like home movie footage. As already stated, fans of these films usually pick most of the background information right off the bat, so a 5 minute reel of old footage is a great way to just summarize it and move on, so I’ll do that now (haha). The location they chose is wonderful, lending itself perfectly to the use of wide shots and smooth panning. The heavily wooded forest, swinging bridge and crystal clear lake are all on display in some of the aforementioned shots. The high quality camera work further heightens the production value. The Piccolo’s employed several long takes which were used quite effectively. One when Sheila is trying to find her boyfriend on Igor’s property and again when they’re in the woods for an extended period. The most memorable shot for me was of Ben (played by White), as he walks, gun in hand across his very green looking property, over to the fence line to spot Sheila and Tom.

The soundtrack is another noteworthy aspect of the film. The opening theme is made up of a distinctive, synth and bass combination with some keys (keyboard) thrown into the mix. What’s a slasher without synth hey? I mean they go together like cheese and crackers. The lighting is carefully handled and for the most part it looks nice, helping to drive the suspense, especially in the opening act. Holli Dillon is the cast member who gets the most amount of screen time and I felt she did a really solid job. It was a much improved effort in comparison to her performance in the Piccolo’s last film “Evil Souls”. Though to be fair, I think the writing this time around is superior. She had a believable chemistry with Mattia, who played Tom and her character was layered (although in a predictable manner in this reviewers mind). I liked the action her character took on creating a diversion for the killer so she could attempt to help her partner, clever stuff! While I’m on the killer, or Igor should I say, The mask he wears is pretty horrendous and the makeup and practical effects during the kills are impressive given the limited budget. I don’t want to spoil anything but I’ll mention a whipper snipper (weed wacker.. whatever you want to call it) which does get used, ingeniously so, as well as a cringe worthy, face peeling within the first ten minutes. Gore fans will not be disappointed! 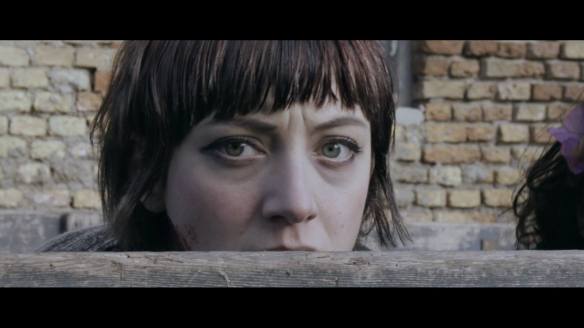 Like in most modern slasher films, the suspense is inconsistent. Some of the cat and mouse game between Igor and Sheila worked well in building tension but the mystery behind White’s character didn’t do much. During the introduction to both Holli and Mattia’s characters, some glare from the sun can be seen on the camera in a handful of frames. It only stood out because the remainder of the film was carefully and expertly shot. The audio started quite loudly but during Sheila and Tom’s scenes in the tent it was a little difficult to hear. I respect the fact they went with the use of practical effects/ blood and gore. The color and consistency of the blood was right during the action sequences but in the aftermath it looked to change from “blood-red”, to a darker shade with a tint of purple to it. The weather at the time and the duration it was applied for can make all the difference. The film opens in Igor’s lair, so to speak. He has two victims strung up, neither of which are gagged, yet not one of them put’s up a fight, or makes a noise, or reacts in any number of ways you might if put in said situation. Each of them just kind of accepts their fate, although eventually Jessica (I think it was) screams out and let’s out some tears while watching her boyfriend suffer. I liked that the scene opened with some quick cuts and smart focus shots but I think that desperation should have been clear from the beginning.

The first “jump scare” was quite predictable, Tom goes to check on something that went bump in the night and well…. if you’ve seen a slasher film before, you can guess what happens from there. Writers will often try to build something up without the payoff and then give you that moment shortly after you actually expect it. It’s a sign of good suspenseful writing but once you know it’s coming, it doesn’t have the same effect. Due to the limited number of people in the film, the final who dunnit twist doesn’t hold the impact it needed, to make it truly memorable. As the numbers slowly dwindle, the logical choice can be seen with clarity. Fortunately, it only puts a minor damper on what is otherwise a very entertaining 80 minutes. One of the plot points surrounding Ben (who can be seen in the above photo) was one of the few flaws in the writing. We’re never quite sure who he is or why he knows what’s going on. To be fair, I make a lot of notes when reviewing a film and maybe I just missed something in the dialogue. From my recollection, he never really says who he is (other than his name) and what’s even more staggering, is the fact that Sheila and Tom never ask who he is and how he knows these things! I understand that characters in these situations often think it’s just your usual, home-grown town folk, talking fiction but after the second time he shows up, surely you’d be asking some questions.

My Little Sister is a technically polished and thoroughly enjoyable addition to the Slasher sub-genre. If you’re looking for originality, I suggest you look elsewhere and not at Horror. We all know the ingredients it takes to make a solid slasher and MLS has most of them. The location and cinematography are both fantastic. The lighting sets the tone and the synth music works well. The exposition is presented through old home video footage and clearly conveyed. The performances are all consistently good and the action sequences with blood and gore, won’t disappoint. Some of the continuity with the practical blood was off and the audio levels are a bit up and down. Some of the under played reactions and failure to ask important questions, do stretch the credibility somewhat. The way in which the story is revealed to us, makes it difficult for the Piccolo’s to hide their end game. That being said, I’ve seen all three of these guys films and it’s pleasing to see them constantly improving. My Little Sister is their best work to date and I think I’ve been lucky enough to be the first reviewer for this one. Keep an eye out for the film, it’s coming soon!