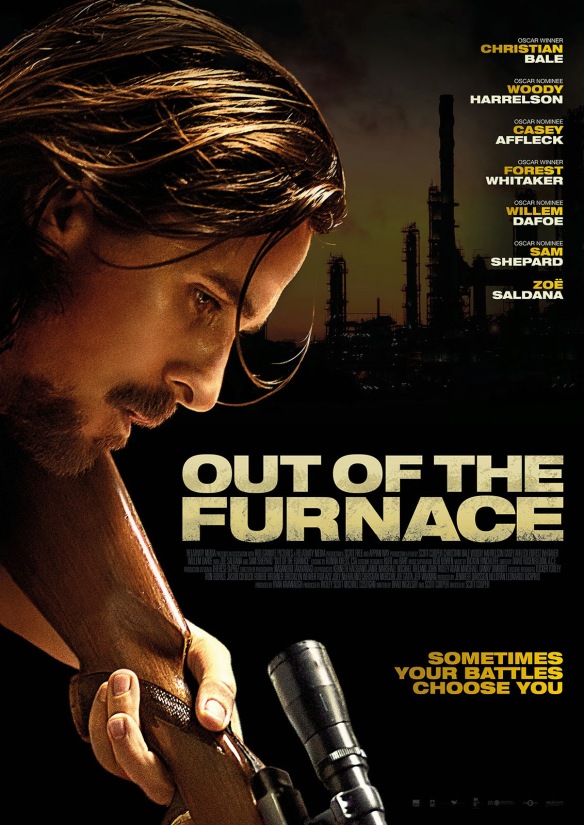 OUT OF THE FURNACE

“Out Of The Furnace” is the latest film from director Scott Cooper (Crazy Heart). Set on location, in the small town of Braddock, PA during the economic downfall, the story follows Rodney and Russell Baze (played by elite actors Casey Affleck and Christian Bale). When Rodney (Affleck), mysteriously disappears and law enforcement fail to take action, Russell takes justice into his own hands. This bleak and gritty Crime/Drama weaves a storyline of lost love, the bond between brothers and the seeking of forgiveness. The film boasts an unbelievable cast including Willem Dafoe, Woody Harrelson, Zoe Saldana, Forest Whitaker and Sam Shepard. I watched the film over a year ago when it was first released and remember thinking it was well made but rather depressing. After a second viewing I still agree with the latter but my opinion of the storytelling has changed.

This is the epitome of an ensemble cast, there isn’t anyone stealing the film from anybody else. If there were any weak links with a cast this talented it would be obvious. There are countless intense, gripping scenes throughout the film. The bond between brothers Russell and Rodney is subtle, the feelings are conveyed through eye contact and the emotional weight each of them seems to carry. They are very different, and chose different paths in life but the relationship is show in an honest and believable way. The past isn’t covered and only referenced once in order to capture some poetic justice of sorts. Christian has proven to be a force over the years and once again his reserved and anguished manner works like a charm here. If you didn’t see Casey in the same light as his brother Ben, there’s little doubt you won’t now. The scenes he shares with Dafoe are so passionate and genuine. Dafoe plays John Petty, the owner of a local bar, who uses Rodney’s talent in bare knuckle boxing as a way to pay back a debt he owes to ruthless Harlan DeGroat (Harrelson). Dafoe and Harrelson are amongst some of the best character actors in Hollywood and they show why here.

Woody plays Harlan with such an aggression but at the same time a certain poise when conducting his business deals, none of which is good. He cooks and sells drugs, he gambles and he runs a bare knuckles fight club in the mountains. Tom on the other hand isn’t a bad guy, much like Rodney he’s just gotten mixed up with the wrong people. I think the two have a friendship because Tom can see Rodney got dealt a shitty hand and for whatever reason becomes a father figure to him. Rodney has returned from two tours of Iraq only to find himself feeling broken and lost. He’s experienced some horrible things and is struggling to find exactly where he fits in society. His storyline in part, is a social commentary on the lack of help for soldiers returning home as well as an insight into how military personnel are treated by the government. On the other hand, his brother Russell (Bale), is trying to live life with a certain moral code, in the hopes of getting back his one true love Lena (played by Zoe Saldana). Every character is so well conceived, it’s such a multi faceted film covering topics like love, loss and redemption. Rodney and Russell’s scenes are amongst the best, but you can’t look past the emotional scenes shared by Russell and Lena surrounding their rocky relationship. A bond between the two made more complicated by Lena’s new partner Wesley Barnes (Whitaker). 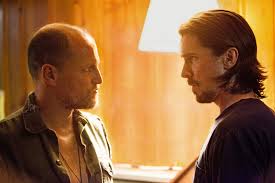 The film is shot with such purpose and intensity, elevating the level of all the performances and how much you can relate to these characters. The panning is smooth and the editing perfect. Even when the focus is on establishing shots between scenes, it looks great and gives off a tone that coincides with each moment. From the wooded mountains, to the industrial saw mill, to the vacant shop fronts and the tired old houses, it’s an authentic depiction of middle America during an economic crisis. The orchestral score is very subtle, often only a few notes being mixed with industrial sound effects to give off a haunting vibe. The attention to detail is evident in every frame. Nothing polished or new appears in the frame, it’s all worn down and therefore the characters look worn down. Casey sports a dirty doing it tough look, as does Christian with his long hair and messy beard. Willem looks greasy, like a bad takeaway dinner and Woody looks a rough brute.

Out Of The Furnace has been accused of being bleak, slow and void of oxygen. I have to admit I thought the same thing the first time I watched it. Upon a second viewing, you start to look a little deeper and I think you’ll find the intention was  to make a bleak and harsh film depicting these people and their tragic lives and that’s the whole point. At times it feels rather slow but life in the town is slow, so it’s actually realistic. Due to some of the thick accents, the dialogue can be a little difficult to understand but most of its fine. My small issues are with minor events in the screenplay or the opportunity to write scenes that weren’t included. 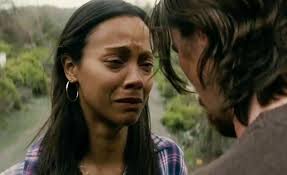 In the beginning of the film it’s established that Rodney and Russell’s father is sick. It was a plot point that came to an end without a beginning. I would have enjoyed another couple of scenes showing the bond their father had with them in order to substantiate a family connection right off the bat. After the climax of the first act, it would have been helpful to know how much time had passed in Russell’s life. A scene set in a courtroom would have been the clear choice to help segue into the scenes that follow. That whole part of the script was written really well and I didn’t see it coming, so I can’t take huge issue with it. Another point to make would have been to include a letter written by Lena to Russell, rather than having Rodney disclose events through conversation with him. If he was at war for that period of time, how would have even known what was happening in her life?? Because it was such a personal situation, it needed a personal touch and not a secondhand source relaying it. 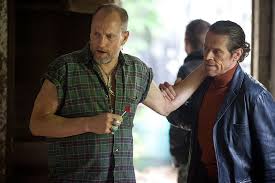 The hunting scene between Russell and his Uncle, (Sam Shepard) didn’t serve much of a purpose. I know he needs to be acknowledged as events are playing out with Rodney and Tom in the mountains, but he could have just been at home. Unless showing Russell’s inability to pull the trigger after slowly creeping up on a deer was a sign of things to come, who knows?. The final act lacked a bit of suspense and felt a little flat. After all, the despicable things that occur throughout the film deserved a much more brutal reaction and finale. In hindsight, I suppose the manner in which it plays out gives the audience a little poetic justice, so that’s something. 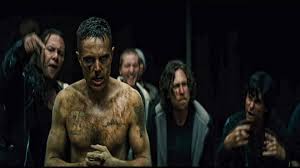 Out Of The Furnace is a true masterclass of acting, and reason enough alone to watch it. It’s beautifully shot, tense and gripping with every character being unique and interesting in their own way. If not for a few minor missed details and some dead ends this would be one of the best films from 2013. I experienced a multitude of emotions while watching this but awareness is an aspect from it that you walk away with. It’s a tragic story about the violence of men and the path you choose isn’t always the right one but that’s just life. It’s not always pretty, all doesn’t end happily ever after and sometimes life’s just hard.