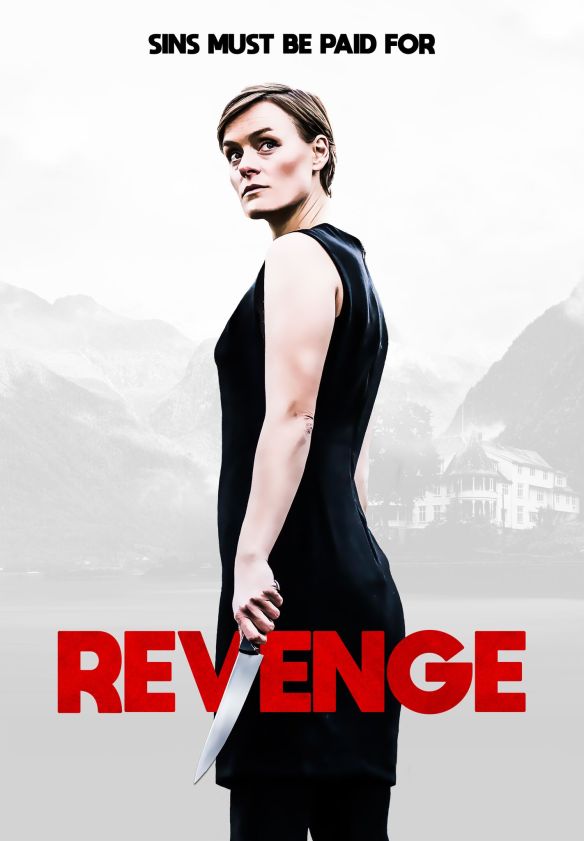 Firstly, I’d just like to say thank you to Alicia Diaz from October Coast PR and Beta Cinema for sending me a link to an online screener of the Norwegian made, Drama/Thriller film “Revenge” aka “Hevn”, Written and Directed by Kjersti Steinsbo. Revenge introduces us to a grief-stricken and angry Rebekka (played by Siren Jorgensen), a traveling journalist whose just recently lost her sister, a previously emotionally damaged individual. In search of answers, she makes her way back to a beautiful waterfront town in the fjords of Western Norway that she’d previously visited years before. It’s there that she meets hotel owners and lovely couple, Morten and Nina (Frode Winther and Maria Bock). Rebekka slowly begins to gain the families trust when they take her in, all the while assimilating with some of the locals who consist of bar owner, Bimbo (played by Anders Baasmo Christiansen) and a troubled young woman named Maya (Helene Bergsholm). Rebekka maps out a plan of revenge that involves catching a predator in the act with a young teen, Sara (played by Kine Jentoft). The film also stars Trond Espen Seim and Rakel Hamre. 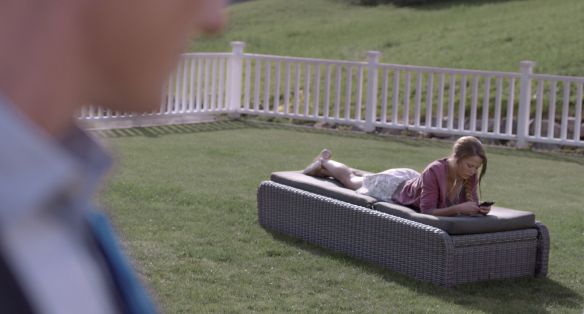 There’s been a number of impressive Scandinavian genre films in recent years, a couple of my favorites being “Headhunters” and “Flocken”. The latter of which calls to mind Steinsbo’s setting for Revenge. Revenge or “Hevn” as it’s known in Europe, was shot back in 2015 but is just now seeing an official release. The film is a slow-burn dramatic thriller that reveals itself carefully over the course of the 95 minute run time. Right off the bat, you’ll notice how the luscious landscape lends itself perfectly to our seemingly happy couples tranquil existence. It allows DP, Anna Myking to set the scene from the outset with some stunning aerial vision of the mountainous countryside, the quaint town, and its surrounding lake. There are a few nice tracking shots and simple techniques employed to raise the production value and most of the framing looks good. The audio track is clean and all the hardcoded English subtitles are accurate. The music is another real feature of Revenge. The opening experimental pop song performed by Thea Hjelmeland (according to IMDB) is engaging and unique, the vocals reminiscent of someone like Kate Miller-Heidke. A crew of around eight musicians were involved in the lively score. There’s a nice dramatic piano motif in some early scenes and the bass and cello take effect once characters intentions start to come to the surface. Each of the performances is well grounded, but it’s the efforts of Jorgensen whose the backbone of the piece that makes it all work. Bock and Winther have a natural chemistry together and as Rebekka discovers, their characters, as a pair, are genuinely likable. Revenge is ultimately quite predictable, but interestingly enough Christiansen’s character becomes the most important in the film. I enjoy it when a character’s arc takes an unforeseen direction, and in Revenge, it’s “Bimbo’s” who does. 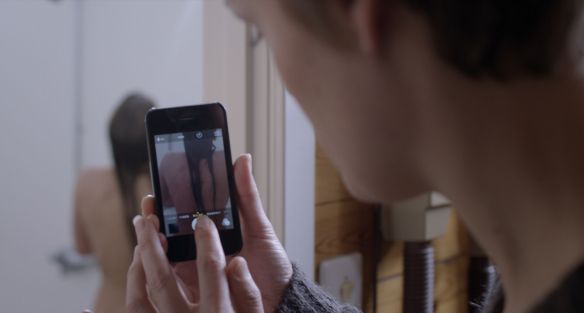 Even though a bulk of the cinematography is pretty good, I wasn’t a fan of some of the Steadicam work. The askew balance is evident in a few early shots of Rebekka wandering the terrain and going into town. There are a few unnecessarily heavy shadows on actors faces and it’s often bouncing from the corners of the internals as well. Revenge isn’t a stylistic piece of work so those techniques feel somewhat removed. A couple of the key plot devices are rather far-fetched and your overall assessment of the film may hinge on whether you can accept them or not. Rebekka comes to town under a false identity, passing herself off as a magazine writer. Smart, right? So she’s switched on enough to do that but not enough to ensure that she has her bases covered regarding actually selling the lie. She tells Morten and Nina that she lost her luggage at the airport, a mistake unlikely to be made by someone in her supposed line of work, someone who travels all the time. Anywho, no one really questions it so she dodges bullet number one. Rebekka then proceeds to somehow convince Morten, through phone texting, that she is his friend’s daughter, Sara (Jentoft). That might be credible if we saw Sara take her father Ivar’s phone at some point to find Morton’s number or vice versa, he takes his friend phone to get her number, but we don’t see either. If Sara’s name came up in Morton’s contacts, surely he’d think how did she get my number? We see Rebekka briefly meddle with Morten’s phone when he leaves it unattended, but last time I checked you couldn’t pretend to send messages as someone else unless you had their sim card (which the appropriate number is assigned to) because the other part would just recognize the number. The other issue is simply that it’s a risky proposition to play those sorts of games and assume that the two people won’t actually talk to each other at some point. 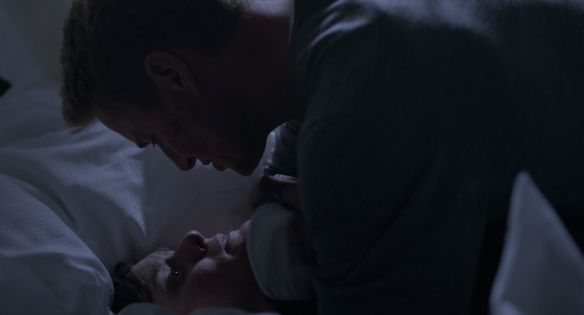 The release of the Norwegian made Drama/Thriller Revenge or “Hevn” has been a long time coming. It’s a slow burn piece of poetic justice and Kjersti does a fine job of directing. The setting is absolutely beautiful, the music is aptly moody and some of the cinematography is well-defined. The performances are quite impressive and a couple of the character arcs are carefully structured despite the film being a little too predictable. There are a few shortcomings or personal preference issues I had with the camera techniques and lighting but this is Steinsbo’s debut feature-length film, so credit where credit is due. A few crucial plot points are extremely convenient and perhaps call into question the overall credibility of the foundation and that does hold the film back somewhat. At the end of the day though Revenge is a fine film, and if you’re a fan of dark European cinema you’ll definitely enjoy this one. It’s just been released for a limited theatrical run in LA but keep an eye out for the wider release coming soon. You can check out the trailer below!