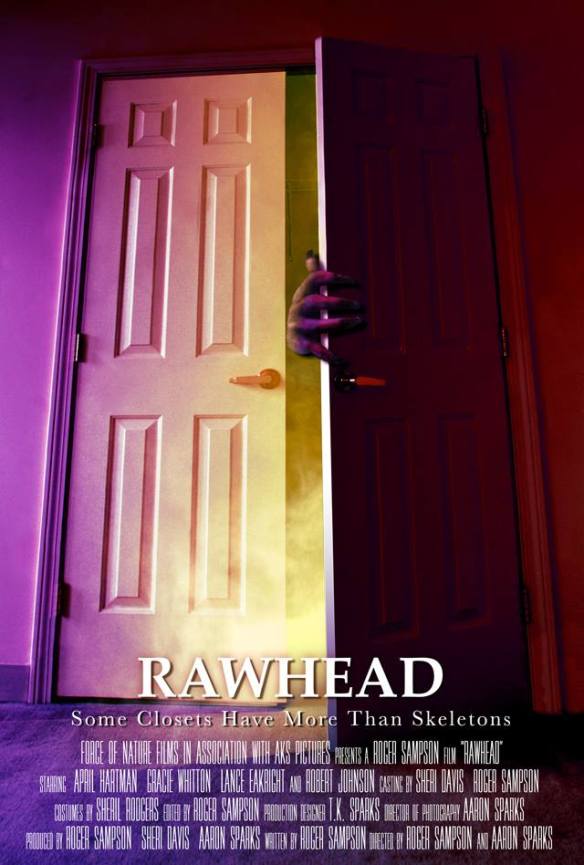 Firstly, I’d just like to say thanks to Co-Directors, Roger Sampson and Aaron Sparks for allowing me early access to their 9 minute, short film “Rawhead”. This is the third installment in what will be the Anthology “Forces of Horror Volume 1”. You can see the two reviews I’ve done for “Revelations” and “The Jones”, which were both very well made shorts. Rawhead is about a young girl named Lucy (played by Gracie Whitton), whose being terrorized nightly by the monster in her closet. Her parents, Maggie and Dale (played by April Hartman and Lance Eakright), figure she’s just going through a phase, that is until one night when the monster decides to make itself known. The film also stars Robert Johnson as “Rawhead”.

A 9 minute running time is only very brief, but there’s a lot to like within that time. The early sweeping camera movements, and smooth editing help set the tone. The shot choices and framing are carefully composed, much the same as the duo’s earlier work. The same location/house was used in all three shorts, so I’m assuming it belongs to someone from the cast or crew. I liked the similar subtle piano score from “Revelations” that accompanies Rawhead. It plays more as background noise but seems fitting for this style of film.

There’s only a few frames in the closing part of the film, where we get to see some visual effects on display but given the small budget, it looked quite convincing. The cast, as you’d probably expect, are made up of the same trio from Sampson and Sparks other two films. Once again, with a fairly inexperienced group the standard of acting makes a significant mark.

I’m being a little nit-picky here, but some of the lighting seemed too well-lit, if that’s possible. For example, the opening scenes in Lucy’s bedroom were presumably set at night (her sleeping and all), yet the room looked very bright. I guess that issue could be covered in the sense that she’s experiencing these nightmares, and maybe want’s the extra light while she sleeps so she doesn’t get scared? I was just hoping for a slightly darker palette for the entire look. The audio was relatively clear, but could have been a bit louder. If my memory serves me correctly, that was an inconsistency in their previous work too. 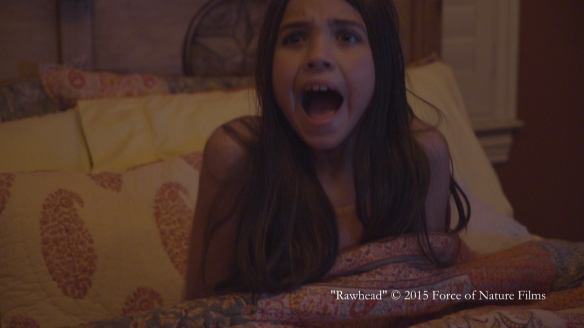 I was really enjoying this up to a certain point. What started out as a very suspenseful idea, stifled and unfortunately hit the skids when the decision was made to show the monster. A fleeting moment where we see a long, finger nailed hand is one thing but to bring all of him into the light is another. I come back to the saying “less is more”, and in this case that definitely rings true. The common monster under the bed, or in the closet fear little kids seem to have is a solid platform for a short. Steven C Miller’s “Under The Bed” *see review*, proved that and explored it pretty well. Unfortunately the latex mask, and airbrushed looked of this monster negated any potential for suspense. Coupled with some fairly forced fight choreography, it never reaches any great heights. With more time, and a bigger budget I think “Rawhead” could have been truly terrifying, instead its just a bit gimmicky. 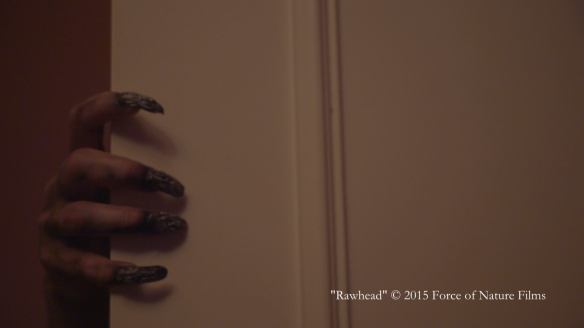 Considering this is only 9 minutes long its worth a watch, especially if you’re a fan of short films. Please help support these indie projects, these guys are the ones doing it hard and they need as much exposure, good or bad as they can get. Thanks again Rog!