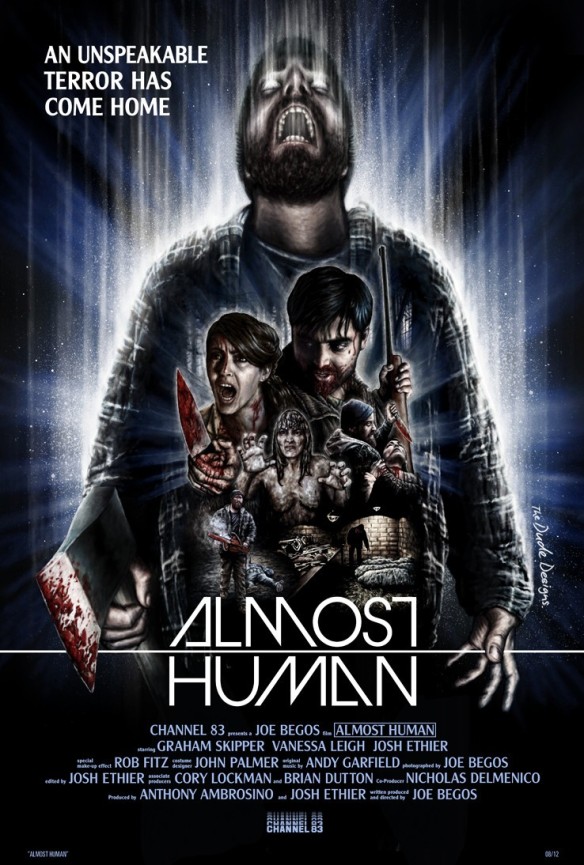 I recently caught Joe Begos’s debut feature film “Almost Human” through the platform known as VOD (video on demand). It’s an independent horror/sci-fi film that was shot in Rhode Island and set in the 80’s. It was made for an estimated budget of $50,000. The film is about Mark Fisher (played by Josh Ethier), a young man who disappeared mysteriously two years ago after several flashes of blue light appeared at the front of his house. Neither his friend Seth (Graham Skipper) nor his girlfriend Jen (played by Vanessa Leigh), heard anything from Mark since. Two years have passed and Seth stars experiencing dreams and visions of Mark’s return…. the problem is Mark isn’t exactly himself anymore and no one is safe.

For starters lets talk about the fantastic production value of Almost Human. When an estimated $50,000 was spent on the film you would think this screams “film school project” trust me it doesn’t. Based on the technical aspects and clever use of locations you would think this had ten times the budget. The camera work keeps you at a distance, acting as a catalyst for the mystery of the characters. I’m assuming most of it was shot with a steady-cam, it’s very smoothly shot and easy to watch. The audio is a little hollow in a few places and could use a bit of work but most of the dialogue was clear. I have to mention the great use of bass sound effects and the overall score is pretty good. It’s very reminiscent of  films like John Carpenters “The Thing” as well as Stephen King’s “Dreamcatcher”.

The actors/actresses were also a breath of fresh air. I haven’t seen Josh, Graham or Vanessa in any other films before. They aren’t perfect there is a moment or two throughout some of the more emotional scenes where it feels a little forced and flat but for the most part its all solid. I did a bit of research on Josh and found out he has some experience in editing. He worked on the tv-series “Holliston” as well as the recent horror/thriller film “Contracted” and now he has done the editing for Almost Human, as well as play the lead role. I admire anyone who can do a bit of everything.

The pacing of this film is its greatest strength and it’s what really makes it work. At just 70 minutes (excluding credits), it’s very fast and it has three very definitive acts. In between the storytelling and discovery of Mark’s whereabouts for the past two years we get some of the best practical effects I’ve seen in a film of this nature for a long time (given the budget). Some of the action sequences have some choppy choreography but deliver with plenty of the red stuff to make up for it. Use of axe’s, knives and guns make for some of the classic kills we all hope to see. If this was a PG-13 type of film I don’t think it would work anywhere near as well as it does. One particular kill at a gas station stands out above the rest (but I won’t spoil it for you). 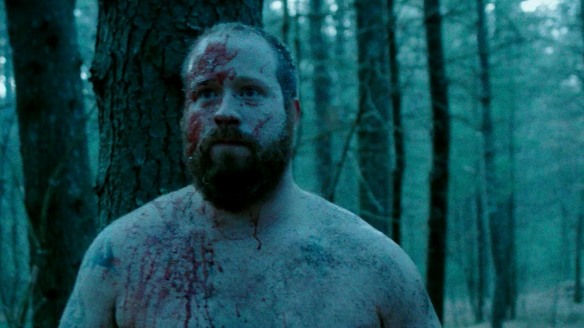 I can’t say Almost Human contains all that much “bad”. Like I said the audio could use a bit of work in a few spots, along with some of the color in certain scenes looking a little washed out. That may be due to the time of the year the film was shot though or made to look that way on purpose. Joe’s got a cool screenplay her but its not all that original. I’m not one to really criticise a filmmaker for that though. We all have our favourite films and the inspiration for making your own probably comes from what you grow up with. This is simply a more modern, gore drive Horror/Sci-fi film compared to some of the greats like “Dreamcatcher”, “Invasion Of The Body Snatchers” or “The Thing”. I think where the film could have hit it’s straps was in the dream/vision portion of the story. What was shot didn’t add much to the context of the plot. I was looking for some greater meaning not just “they are looking to take over the world” kind of thing, that wasn’t all that well thought out. 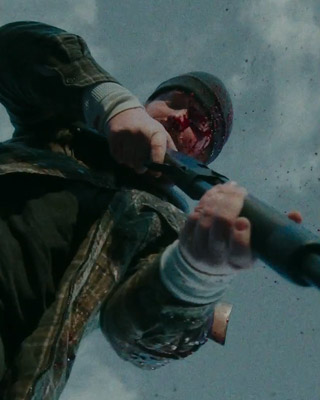 I also had to think back to the opening credits where we are told the film takes place somewhere towards the end of the 80’s. I didn’t pay particular enough attention to vehicles, houses, technology or anything else for that matter. But I can only really say I felt the 80’s aspect more so because of the way Joe pays homage to some of those great films from that era, other than that I wouldn’t have known the period so I’m not sure why he opted to set it in that time.

Anyways, when the credits finally rolled I felt thoroughly entertained and after all that’s what you watch a film like this for. It’s got all the makings of a good low-budget indie Horror/Sc-fi flick. With a little smoothing round the edges and some development in the plot this could have been one of the greats. I think for a debut feature film this is about the best you’re going to see, given the very low-budget. Almost Human is currently on VOD and Amazon platforms but those in other countries will have to wait for the official Dvd release. Stay tuned and be sure to check this one out!